Welcome to POLITICO’s West Wing Playbook, your guide to the people and power centers in the Biden administration. With help from Allie Bice.

NAOMI BIDEN, the president’s oldest granddaughter, has brought on longtime event planner and Democratic party fundraiser BRYAN RAFANELLI to orchestrate her White House wedding on the South Lawn this November, according to two people familiar with the plans.

Rafanelli also managed several events at the Obama White House, including state dinners and the rainbow lighting outside of the building to celebrate the Supreme Court’s 2015 ruling on gay marriage.

That one prompted some white knuckle moments. A rainstorm the night before the decision soaked many of the lights, causing them to malfunction. Getting replacements onto the White House grounds in just a few hours was difficult because of security protocols. “We were literally right down to the wire, so the idea of a rainbow might not have quite been a rainbow,” he recalled in 2019. “The red was in peril.”

But Rafanelli is now tasked with coordinating a presidential family wedding at the White House – which is about as high-stakes as wedding planning gets. Godspeed.

The wedding plans have so far been a bit of a moving target. In April, the plan was to host a reception at the White House with a ceremony offsite, CNN’s KATE BENNETT reported.In late July, Naomi announced “much to the relief of secret service and with the dogs’ endorsement… we’ll be getting married on the South Lawn!”

While the White House has been a popular spot for weddings of the president’s family since the 1800’s, it will be the first wedding ceremony on the White House grounds since 1971 when RICHARD NIXON’s daughter TRICIA was married. (JENNA BUSH wed in 2008 — in Texas — and had a separate reception later at the White House.)

A White House wedding also has other complications. Press secretary KARINE JEAN-PIERRE told reporters in July that “I can ensure [sic] it to you that taxpayer dollars would not go to [the wedding].” But given that the wedding will be on the property, it will require at least some work from security and other officials paid by the taxpayers, the White House acknowledged.

ELIZABETH ALEXANDER, communications director for the first lady, said in a statement: “Consistent with private events hosted by First Families and following the traditions of previous White House wedding festivities in prior Administrations, outside vendors will work with the White House staff on the execution of the event. The Biden family will be paying for the wedding activities that occur at the White House. Security, transportation, and other items related to the protection, safety, and household of the First Family will continue under its normal operations, as is customary for First Families and similar events hosted during previous Administrations”

Rafanelli has other connections to the Biden administration as well. He was one of Transportation Secretary PETE BUTTIGIEG’s big fundraisers during his 2020 presidential campaign (“a breath of fresh air in the Democratic Party,” he said). And in 2016, when he was the mayor of Boston, Labor Secretary MARTY WALSH appointed Rafanelli to a committee to conduct a review of the city’s tourism office.

The wedding details are being closely guarded. Rafanelli didn’t respond to an email, text message, or voicemail, but his 2019 book documenting many of his past lavish matrimonial endeavors – including a fun-sounding masquerade-themed wedding – offers clues. Some of his rules:

MESSAGE US — Are you Naomi’s maid of honor? We want to hear from you and we may publish your response tomorrow. Email us at [email protected].

With the White House Historical Association

Which first lady re-wore a dress for her husband’s inauguration, causing a scandal in the press at the time?

(Answer at the bottom.)

REVIEWS ARE IN: The reviews for the new Breitbart-backed HUNTER BIDEN “biopic” (which we wrote about earlier this week) are starting to roll in and they do not disappoint.

The Daily Beast’s WILL SOMMER wrote that while “My Son Hunter” is “probably the best conservative movie to emerge from the right-wing media in recent memory,” the flick is more focused on “dropping references to Biden mini-scandals that have had no effect outside the conservative media bubble than telling a compelling story.” Rolling Stone said the movie “feels like it was written by Ben Shapiro’s secret fanfic alt,” and bizarrely made Biden “way shorter and buffer than he should be.” Gawker mocked the movie’s narrative leaps and misunderstanding of how certain drugs work, saying the “real fantasy of ‘My Son Hunter’ is for right-wing Boomer parents: with a little of the information about the Democrats’ corruption that the mainstream media is busy suppressing, their children will come in from the streets and help them put Trump back in office.”

BE NICE: If Republicans take control of the House after the midterms, our JORDAIN CARNEY and SARAH FERRIS note they’ll have to grapple with their extremely contentious relationship with the president.

Biden and other Democrats have spent months vilifying Republicans as part of their midterm messaging, and Republicans have ramped up unfounded doubts about Biden’s election and threatened to investigate the president’s son. Will Biden and a Republican-led House be able to get along? You’ll have to read the full piece for more.

ABOUT YESTERDAY: In Wednesday’s newsletter, we wrote about some of the frustrations among White House staff with the cable news coverage of Biden’s speech last week in Philadelphia, as well as chief of staff RON KLAIN’s decision to retweet posts critical of CNN’s direction under new boss CHRIS LICHT. We thought it was fair game, but Puck’s DYLAN BYERS, who has transformed his media newsletter into a weekly chronicle of Licht’s tenure at CNN, disagreed. He picked up our newsletter top, and quipped that it must be a “slow news week” for us to run the piece. Read Byers’ piece, which focused instead on an unverified rumor that’s been making the rounds at CNN for the past week or two.

POLITICIANS, THEY’RE JUST LIKE US: Treasury Secretary JANET YELLEN was seen on a plane Thursday headed to Michigan. Of note: she was in an aisle seat, CBS’s KRISTIN BROWN reports.

FIRST IN WEST WING PLAYBOOK: JAY SHAMBAUGH has started as a counselor at the Treasury Department while awaiting Senate confirmation to be its under secretary, DANIEL LIPPMAN has learned. GENG NGARMBOONANT is also now speechwriter to Secretary Yellen. He most recently was senior adviser to the chief recovery officer at Treasury.

Also from Lippman today: GRACE LILJENWALL is now special assistant to the White House counsel. She most recently was a government affairs intern at the National Multifamily Housing Council and is a former intern for Texas Democratic Reps. JOAQUIN CASTRO and FILEMON VELA and was on the legal policy volunteer staff for the Biden transition.

EYES ON THE JUDICIARY: On the campaign trail, Biden promised to diversify the judiciary branch. Our NANCY VU tracked how well he’s kept that promise for Congress Minutes.

Here are some of the takeaways:

MONEY, MONEY, MONEY: In a visit to Kyiv, Secretary of State ANTONY BLINKEN announced another $2.8 billion military aid package for Ukraine and 18 other neighboring European countries as the Russian invasion lingers. Blinken met with senior Ukrainian officials on the trip, including President VOLODYMYR ZELENSKYY, and said he reiterated the president’s support to “the people of Ukraine for as long as it takes.” AP’s MATTHEW LEE and KARL RITTER have more details on the meeting.

As POLITICO’s own JONATHAN LEMIRE and ALEX WARD point out, the mounting costs of the war are starting to put some pressure on the White House to rein in spending. But seasoned U.S. foreign policy experts believe if Ukraine can survive a brutal winter, the costs could come down for the U.S. and its allies.

A TRUMP-ERA POLICY REVERSAL: The Department of Homeland Security reversed a Trump-era version of the “public charge” rule, which would’ve denied immigrants permanent resident status if they had received any public benefits like food or housing assistance and Medicaid, our KELLY GARRITY reports. The Biden administration stopped enforcing the rule in March 2021, but DHS’s action Thursday puts an official end to it. 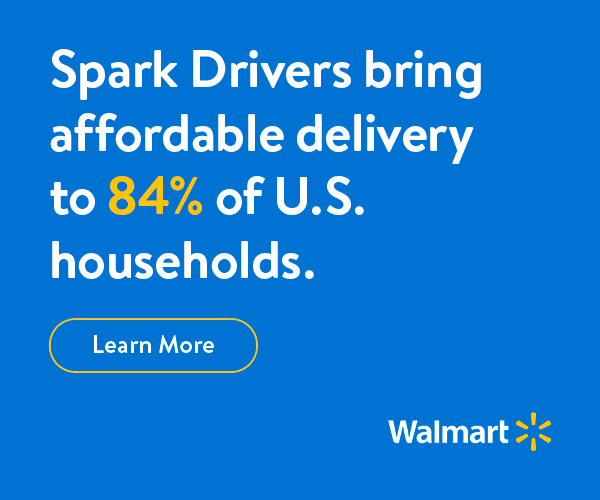 Her husband’s inauguration was the third time first lady ROSALYNN CARTER wore the MARY MATISE gown in public, earning criticism from the press for not using the opportunity to showcase other American fashion.

A CALL OUT — Do you have a harder trivia question? Send us your best one about the presidents with a citation and we may feature it.

Walmart is growing the Spark Driver platform now and in the future. The company works with thousands of drivers on the platform, making it the largest delivery service for Walmart. According to satisfaction surveys, drivers highly rank the company’s quality of support, shop and delivery experience. The platform gives drivers:

● Flexibility – Drivers in all 50 states decide when, where and how frequently to perform deliveries.

● Opportunity – Drivers are paid competitively, based on distance, size of delivery and extras and can keep 100% of their tips.

● Reliability – People choose Spark Driver due to its reliable demand for deliveries through stores and Walmart GoLocal.

As the platform continues to grow, Walmart will continue to work with their valued delivery service providers to ensure they’re bringing the best possible experience to customers.

Learn how Walmart is growing Spark Driver for the future.

Wedding Speech for My Podcast Co-host