Man is slammed for ruining his own daughter’s wedding after refusing to walk her down the aisle alongside her stepdad – so who is in the wrong?

A father-of-the-bride has been accused of ruining his 23-year-old daughter’s wedding day by refusing to walk her down the aisle alongside her stepdad.

The man revealed he had been absent from his daughter’s life until she was 16 and was honoured to be asked to take part in the wedding.

But when he found out he would be sharing the job with the man who raised her in his absence he said he would prefer to ‘attend as a guest’.

He was then shocked when his daughter, her mother and the groom ‘ganged up on him’ calling him ‘selfish’ for asking her to pick one man over the other.

‘She got upset saying it wasn’t okay of me to put her in this position and make her choose between us and force her hand,’ he wrote on Reddit.

Who is in the wrong?

‘She complained about how I was ruining her wedding and making it about my resentment towards her stepdad. The argument escalated to the point where I said I won’t come to the wedding if she continues to force the issue,’ he said.

He posted his complaint on the site’s popular Am I the A**hole thread hoping for sympathy – but was slammed for ‘wasting his second chance’ with his daughter.

‘I would not invite the man who abandoned me at three to my wedding, let alone give him such an important role. She is offering you a chance and you are throwing it away,’ one woman wrote.

‘It’s a kindness to even be invited and put into consideration for that role. Yet, there’s always this one a**hole who thinks they can just buzz back in and do all the “fun stuff”, like showing off what a wonderful daughter someone else raised,’ said another.

‘The guy who ran off doesn’t get to choose who gets the good jobs later on,’ another woman agreed.

But the father doubled-down on his stance and explained he didn’t mind the stepfather having the primary job.

He just didn’t want to have to do anything alongside him as it made him uncomfortable.

He then piled blame on his ex-partner for letting another man raise their child when he ‘left the country’ for 11 years.

‘I’m feeling uneasy even thinking about so I don’t think I’ll ever be okay with it,’ he said. 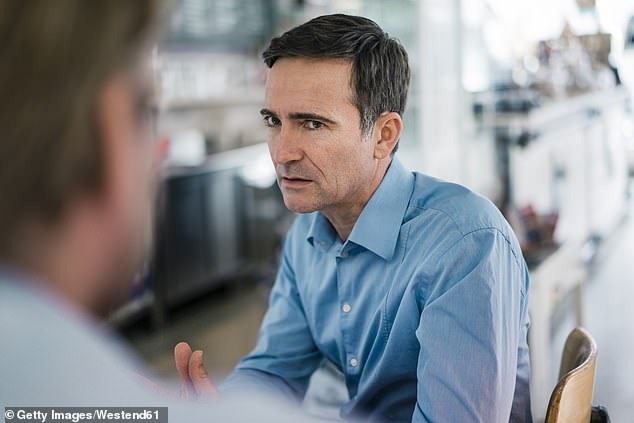 Another bride to be was reminded of her own wedding – adding she had extended the same courtesy to her father and regretted it.

She explained her father became jealous and ruined her day.

The woman was brought to tears by her step dad’s speech and then left mortified by her father’s which was ‘made up on the spot’ and outlined their ‘terrible’ relationship.

‘Five years later and we are not in contact,’ she said.

Others revealed they fear their children will have to go through the same trauma with their biological fathers in the future.

‘Men like this definitely exist, they can’t see past their own ego and won’t stop until they ‘win’, they don’t care who they hurt,’ one mum said.

Most people agreed she should ‘accept the ultimatum’ and choose her stepdad.